The first hand-held radar guns were the first tool that the police employed to accurately determine a motorist’s speed. Through the wonders of technology, drivers can be caught speeding through sensors buried under the road surface, and any manner of machine, from cameras all the way through to being tracked by satellite.

To what extent roadside cameras evolved as safety cameras or speed cameras is for each and every driver to decide, but the net result, unless you are an habitual speedster, is the same.

The first fixed roadside speed/safety cameras in the UK were established in 1992. These produced much grumbling from motorists, not least because they were coloured pseudo-camouflage battle-ship grey.

A law was passed in 2001 ensuring that the boxes on top of the grey poles where coloured high-viz yellow, to allow a certain amount of fairness into the system by making them easier to spot.

The most commonly used camera was the Gatso, and it, and various versions of it are still in use today. The basic machine is a radar based detector, which when triggered by a speeding vehicle, takes a series of photos of the rear of the vehicle against the backdrop of white lines painted on the road. 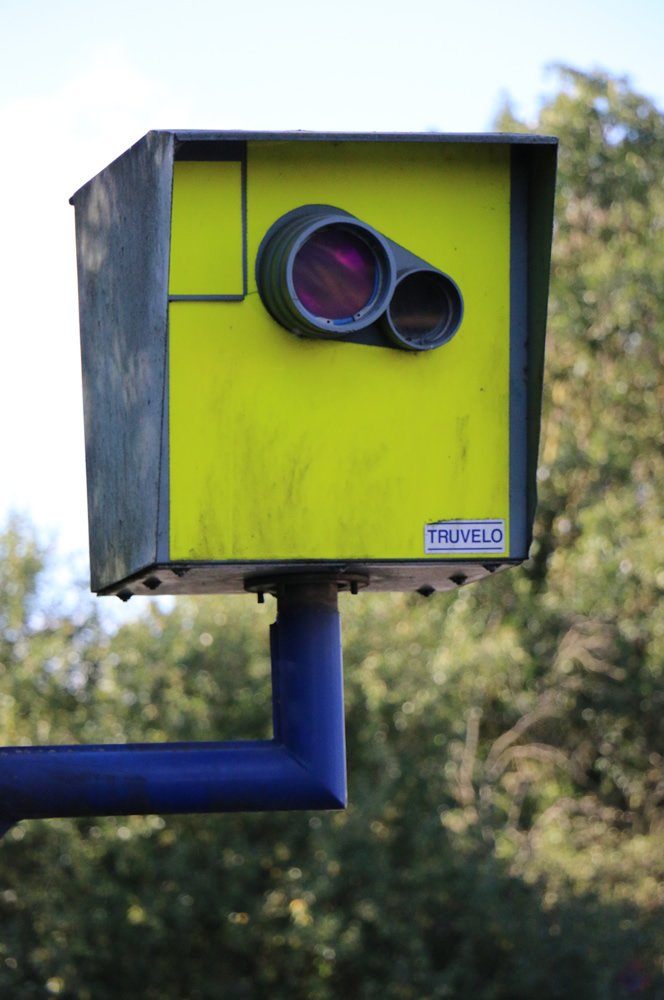 The radar gun records the speed, and the series of photos as the vehicle crosses the white lines give a secondary method of being able to calculate the speed also.

The photos are taken with aid of a powerful flash, which is why they are of the rear number plate, to avoid startling or even blinding the driver. This system produces a speeding fine for the registered owner of the vehicle, and can be open to disputes, not about the speed claimed, but as to who was driving at the time.

The slightly newer forward facing Truvelo camera has no such margin for a driver’s “wriggle-room”, it takes pictures of the vehicle head-on, with a clear image of the number plate, and the driver at the steering wheel.

The Truvelo is not a radar gun, as such, it is activated by vehicles passing over sensors implanted in the road surface, which give an accurate read out of the speed. The camera works with a flash of infra-red light which is invisible to the human eye, and therefore sees no flash.

Like the Gatso, the pictures are taken against a backdrop of white lines on the road, to allow a secondary method of calculating the speed, should any driver wish to contest the saying that “the camera never lies”.